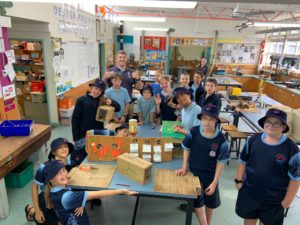 As an enviro school, Whangārei Intermediate School has plenty going on in the way of protecting and enhancing their local environment.

As well as composting and tree planting, over the last few years the school’s Eco Team has also joined in clean ups along the neighbouring Waiarohia Stream, and more recently, joined up with Tiakina Whangārei to start rat trapping along the stream too.

Lead teacher for Enviro Schools and Environmental Coordinator Tom Peyton says the caring for the environment is something lots of the students are passionate about, and they’re keen to get stuck in, whether it’s digging holes for trees or clearing rat traps.

After a couple of years focusing on planting along the stream and having rat traps around the school in target areas like the compost, Tom says the Eco Team decided the next step was to start trapping the nearby stream. 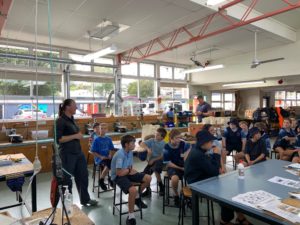 “We started with chew cards and bait tunnels so the students could analyse the predators in the area and try and work out the best place for the traps.”

The school started with eight traps last year, and they hope to increase that number this year as they widen their trapping area.

“It’s very much driven by the students and what they’re interested in. Dai from Tiakina Whangārei and Shirley from Kiwi North were great at coming in and talking to the students about the importance of trapping rats, and since then the students have really got into it.”

He says the students definitely don’t shy away from setting or clearing the traps, or dealing with the dead rats – seven have been caught to date.

“The students get a huge kick out of finding a rat. We have a lunchtime roster and they all take turns checking the traps and re-baiting them, so when they come back with a rat it’s big news.” 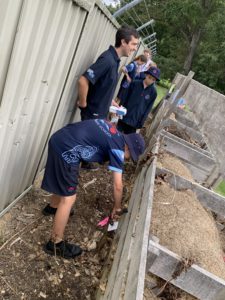 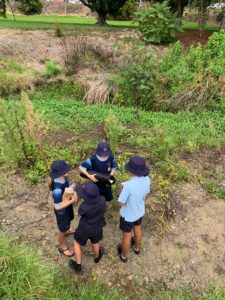 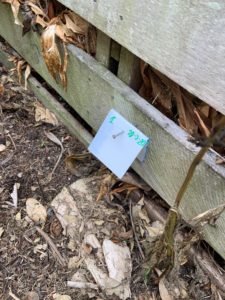 With Coronation Reserve over the road from the school and Parihaka not far away, the school is well positioned to connect in with other conservation work in the area, even out towards Pukenui Forest.

Future goals include further planting up the stream, potentially in collaboration with Whangārei Boys’ High School, and continued trapping.

“We’re striving to become a Green-Gold Enviroschool, which would be a great achievement – the students really deserve it.”