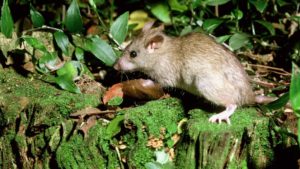 Rats are our public enemy number 1!

In New Zealand we have three species (kiore, Norway rat and ship rat), but only Norway rats and ship rats are present in Whangarei.

Rats are significant conservation pests and they continue to threaten our native wildlife. Reducing rat populations has been repeatedly shown to increase native species populations.

Rats are also pests in other ways. For example, they can spread diseases, such as leptospirosis and salmonellosis, into the human population. They are also commonly infected with giardia and can transmit this into food or water supplies.

Rats are also economic pests as they regularly invade food venues or homes and spoil food supplies (not to mention the potential for disease transmission). In addition, they have been recorded damaging roofing material and causing leaks. The leaks that result from roof damage can increase mould production, which may lead on to causing respiratory problems for people.

Did you know? They can cause serious damage to buildings. In the US an estimated 8% of all building fires are started through rats chewing through electrical wiring… yikes! 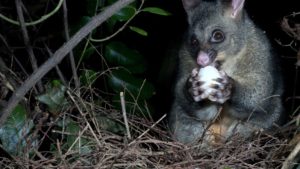 Possums are also important threats to our native flora and contribute to forest collapse. They also prey on bird nests and invertebrates.

In addition to being a conservation threat, possums can potentially be infected with diseases such as giardia, toxoplasmosis and salmonellosis, which can affect human health. They may also carry bovine Tb.

Download more information from DOC on why possums are conservation pests.

Stoats are significant predators of native fauna and can have impacts on larger species, such as kiwi, which are not preyed on by rats or possums.

While they are unlikely to venture into backyards in Whangarei, they will be present in forest fragments and bush surrounding the city, and may use stream and river networks to move between areas.